Listen on your favorite platforms 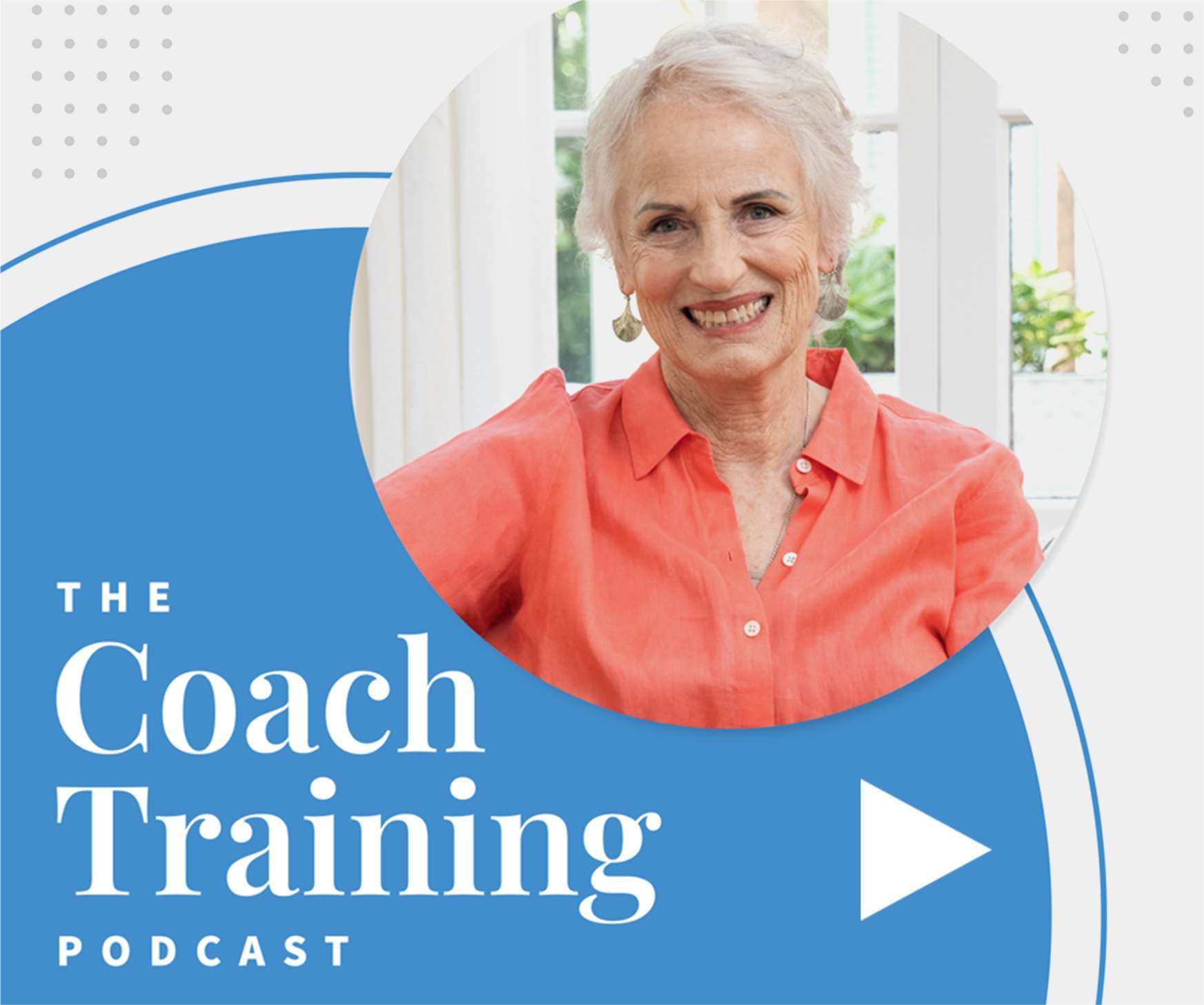 The Energy of Money Podcast

Thousands of people worldwide have learned how to build a powerful new relationship with their money and bring their dreams to fruition through Dr. Maria Nemeth’s dynamic Energy of Money workshops. Now you can, too by listening to her latest podcast »
Listen Now

The Energy of Money Podcast

Thousands of people worldwide have learned how to build a powerful new relationship with their money and bring their dreams to fruition through Dr. Maria Nemeth’s dynamic Energy of Money workshops. Now you can, too by listening to her latest podcast »
Listen Now

Hear Jennifer Love with One More Woman talk with Maria about… you guessed it… MONEY, and our relationship with it. From May, 2018.

Maria engages with host Debbie Pokornik on Empowering NRG, exploring What to Do When You Don’t Know What the H*** to Do: Key strategies for keeping you successful and sane. Originally broadcast on June 12, 2017.

Maria is interviewed by Ellen Rogin at Advisor Radio about Addressing Clients’ Fears About Money. Originally broadcast on May 30, 2017.

Join hosts Bob and Christine Wright on Stress Free Now as guest Maria discusses How to Live a Life of Clarity, Focus, Ease, and Grace. Originally broadcast on April 21, 2017.

Maria talks about Hope in Action with Bob and Christine Wright on their program Stress Free Now. Originally broadcast on March 17, 2017.

Join Life Coach Carla and Maria in a discussion of Three Ways To Move Beyond Exhaustion. From “Vibrant Living,” Tuesday, October 4, 2016.

Maria and Penny Kowal, along with Life Coach Carla, explore “How to Turn Your Pain Into Action” on this episode of “Vibrant Living.” You can listen here. From Tuesday, September 6, 2016.

Discover your own Blueprint for Success with Coach Maria and Vibrant Living host Coach Carla, from Tuesday, May 3, 2016.

“How Life’s Intentions Energize What You Aspire to Be” is the topic that Wayne Manning explores with Christine Wright on Stress Free Now, from Friday, January 1, 2016.

What are the The Five Mistakes We Make Preparing for the Holidays!? Coach Maria and Coach Carla explore this timely topic, from Tuesday, November 17, 2015.

Wayne Manning joins hosts Bob and Christine Wright on Stress Free Now in a thoughtful discussion of the value mentor coaching for coaches. Click here to listen. From September 18, 2015.

“What Are You Making Money Mean?” Maria discusses this intriguing topic with Vibrant Living host Carla McClellan on this episode from September 15, 2015. You can listen here.

What are “The Five Deadliest Mistakes Made When Going for Your Dreams”? Vibrant Living host Carla McClellan and Maria explore this important topic on this week’s program. Listen here! From July 14, 2015

What’s keeping You from the Life You’d Love to Live? Discover this and more with Maria and “Vibrant Living” host Carla McClellan. From May 12, 2015.

Listen as Maria talks with host Nadine Haupt, principal at Fast Women In Business, about “Money as Energy”!

What if this year you found the pot of gold under the rainbow? Would it make life sweeter and more fun? Join Maria and “Vibrant Living” host Carla McClellan as they discuss “Finding Your Pot of Gold!” From March 17, 2015.

Maria Nemeth and Coach Carla talk about “Mastering the Energy of Money” on “Vibrant Living.” From October 21, 2014.

Learn about “Moving Past Obstacles” as Maria talks with “Vibrant Living” host Carla McClellan on Unity.FM. From August 12, 2014.

Join Maria Nemeth as she talks about “Luminosity and Money” with “Vibrant Living” host Carla McClellan on Unity.FM. From July 22, 2014.

Maria talks with “Vibrant Living” host Carla McClellan about “The Power of Prosperity” on Unity.FM. From June 17, 2014.

“Be Curious – See What Is True” is the topic that Maria discusses with host Coach Carla on Unity.FM’s “Vibrant Living.” From May 13, 2014.

“Would it be all right if life got easier?” is the great question Maria discusses with Bob and Christine Wright, hosts of “Stress Free Now.” From January 22, 2014. You can listen here.

Listen to Coach Carlas’s guest Dr. Maria Nemeth talk about “The Freedom of Forgiveness” on the Vibrant Living program for December 17, 2013.

Maria talks with Coach Carla McClellan on Unity.FM’s “Vibrant Living,” looking at these questions: “What do you want to demonstrate in your life? How do you start a vision? Is it important to have it written down? What about vision boards?” Webcast on August 13, 2013.

“Do I allow other people to support me? Have I had enough of doing things alone?” Maria discusses these and other fascinating questions with “Vibrant Living” host Carla McClellan on Unity Online Radio. Listen here… Webcast Tuesday, May 28, 2013.

Listen as Maria talks with Coach Carla McClellan on Carla’s Unity Online radio program “Vibrant Living” about the power of becoming a conscious conduit of the energies in your life. This just might be the answer you are looking for! Just click here… Webcast Tuesday, March 26, 2013.

Maria speaks on “Trouble at the Border” to 150 coaches on an ICF Los Angeles teleclass on January 8, 2013. You can listen here. This will open a new window, so you can continue to browse the site as you listen. As a bonus, you can see the participants’ comments about the teleclass here.

Maria Nemeth was recently featured on Sales Coaching Chalk Talk with Hugh Liddle of Red Cap Sales Coaching. Maria was talking about how to succeed in business and in life with clarity, focus, ease and grace!
Tue, October 30, 2012.

This website uses cookies to improve your experience while you navigate through the website. Out of these, the cookies that are categorized as necessary are stored on your browser as they are essential for the working of basic functionalities of the website. We also use third-party cookies that help us analyze and understand how you use this website. These cookies will be stored in your browser only with your consent. You also have the option to opt-out of these cookies. But opting out of some of these cookies may affect your browsing experience.
Necessary Always Enabled
Necessary cookies are absolutely essential for the website to function properly. These cookies ensure basic functionalities and security features of the website, anonymously.
Functional
Functional cookies help to perform certain functionalities like sharing the content of the website on social media platforms, collect feedbacks, and other third-party features.
Performance
Performance cookies are used to understand and analyze the key performance indexes of the website which helps in delivering a better user experience for the visitors.
Analytics
Analytical cookies are used to understand how visitors interact with the website. These cookies help provide information on metrics the number of visitors, bounce rate, traffic source, etc.
Advertisement
Advertisement cookies are used to provide visitors with relevant ads and marketing campaigns. These cookies track visitors across websites and collect information to provide customized ads.
Others
Other uncategorized cookies are those that are being analyzed and have not been classified into a category as yet.
SAVE & ACCEPT